I apologize for writing in English, but my family's German ultimately ended after immigration to the United States. I am hoping that someone can tell me what Katzendorf was like in the 1800s and perhaps even share any stories about my ancestors.

My great-grandfather Georg Mathiae was born in Katzendorf on August 22, 1885. His parents were Johann Mathiae, born in 1845, and Katharina Petrie, born in 1852. You can find them and previous ancestors at Harald Lienert's website at http://db.genealogy.net/ofb/katzendorf/index.html.

Georg's parents had a farm where they grew sugar beets with the help of transient workers. In the late 1800s, their prosperous farm slipped into poverty. In 1900, when Georg was 15 years old, he went to Bucharest to get a job as an apprentice to his brother Johann, who was the butler for the Minister of the Russian Orthodox Church. The next year Johann returned to Katzendorf, and Georg became the butler at the age of 16.

In 1903, at the age of 17, George went to the United States, arriving at Ellis Island from Bremen on the Kaiser Wilhelm II. On the passenger manifest, he indicated that he was going to join his brother Andreas, who had arrived earlier that same year in the city of New Castle in western Pennsylvania.

New Castle was one of the fastest growing cities in America as immigrants, including many Saxons, flocked to work in the tin plate mills. I do not know what work George found there, but he apparently hated it and considered the people to be "gypsies" since they lived in wooden houses. He soon returned to Europe, where he found a job as a butler for the Russian ambassador in Bucharest.

Apparently George had second thoughts about the United States. In May 1905, at the age of 19, he returned, taking the German ship Hannover from Bremen to Baltimore in the company of two other Saxons from Katzendorf. According to the manifest, he had only $25 in his possession and intended to stay with his brother Andreas, who had since moved fifty miles south of New Castle to Homestead, Pennsylvania, where many immigrants from southeastern Europe were working at the large steel mills.

Two of Georg's three brothers (Andreas and Michael) also came to the United States but eventually returned to Europe. Georg stayed. In Homestead, Pennsylvania, he met and married my great-grandmother Katherine Bogesdorfer, who was born on February 20, 1889, in Halvelagen and who came to the United States in 1905 at the age of 16. In 1911, they settled in Gary, Indiana, where Georg (now called George Matthew) became and American citizen and worked for the American Bridge Company.

I'd appreciate anything anyone can add to this history, either about Katzendorf or the Mathiae family. Many thanks. 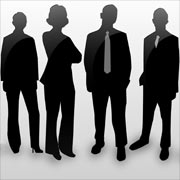